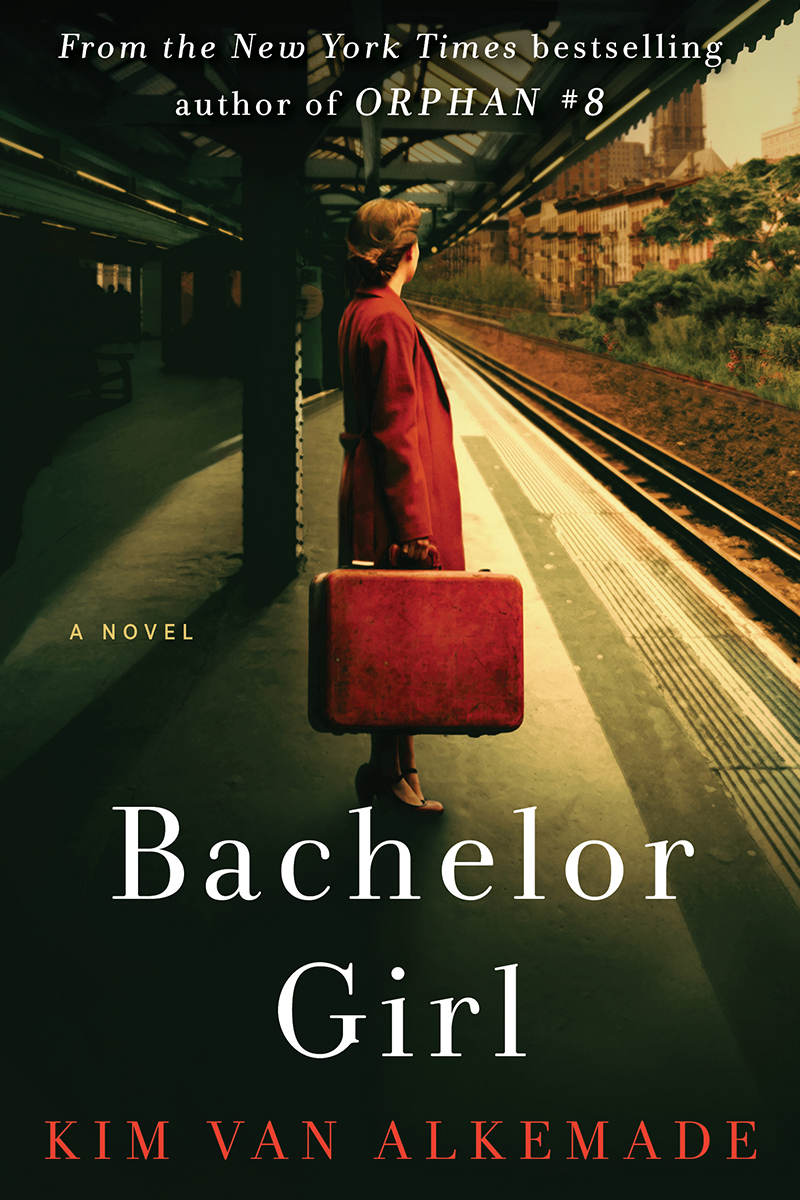 From the New York Times bestselling author of Orphan #8 comes a fresh and intimate novel about the destructive power of secrets and the redemptive power of love—inspired by the true story of Jacob Ruppert, the millionaire owner of the New York Yankees, and his mysterious bequest in 1939 to an unknown actress, Helen Winthrope Weyant.

When the owner of the New York Yankees baseball team, Colonel Jacob Ruppert, takes Helen Winthrope, a young actress, under his wing, she thinks it’s because of his guilt over her father’s accidental death—and so does Albert Kramer, Ruppert’s handsome personal secretary. Helen and Albert develop a deepening bond the closer they become to Ruppert, an eccentric millionaire who demands their loyalty in return for his lavish generosity.

New York in the Jazz Age is filled with possibilities, especially for the young and single. Yet even as Helen embraces being a “bachelor girl”—a working woman living on her own terms—she finds herself falling in love with Albert, even after he confesses his darkest secret. When Ruppert dies, rumors swirl about his connection to Helen after the stunning revelation that he has left her the bulk of his fortune, which includes Yankee Stadium. But it is only when Ruppert’s own secrets are finally revealed that Helen and Albert will be forced to confront the truth about their relationship to him—and to each other.

Inspired by factual events that gripped New York City in its heyday, Bachelor Girl is a hidden history gem about family, identity, and love in all its shapes and colors.

This reading group guide for Bachelor Girl includes an introduction, discussion questions, ideas for enhancing your book club, and a Q&A with author Kim van Alkemade. The suggested questions are intended to help your reading group find new and interesting angles and topics for your discussion. We hope that these ideas will enrich your conversation and increase your enjoyment of the book.
View Guide

This book trailer for my second novel, Bachelor Girl, artfully assembled from archival film footage, evokes the sights and sounds of 1920s New York City as it tells the story of a Jazz Age actress who inherits a fortune from the millionaire owner of the Yankees baseball team.

“Set against a vivid rendering of turn-of-the-century New York City, Bachelor Girl Is a vibrant story filled with long-held secrets and well-intentioned betrayals. It is a triumphant and well-woven tale that deftly explores the complexities of the human bond. Albert and Helen will steal your heart! ”

— Lauren Francis-Sharma, author of 'Til the Well Runs Dry

“A vivid, surprising, remarkable trip to New York City in the first half of the 20th Century. Bachelor Girl invites us into a familiar house, then shows us all the rooms we've never gotten to see before. I loved it from beginning to end.”

— Susan Perabo, author of The Fall of Lisa Bellow

“Bachelor Girl is a great novel—smart, deep, and a pleasurable to read. It took me places and moved me in just the way I yearn for fiction to do. I couldn’t put it down, and I can’t wait to buy it for everyone I know!”

— Amy Farrell, author of Yours in Sisterhood

“From the first paragraphs, Bachelor Girl plunges the reader deep into life during the Jazz Age, delving into topics not often associated with the time period, including abortion and homosexuality. Details do not slow down the pace, though, and the mystery of Ruppert’s largesse and the slow revealing of other secrets and confessions will keep readers up all night looking for answers alongside Winthrope and Kramer.”

“Bachelor Girl unfolds slowly but satisfyingly, rich in detail, with Van Alkemade taking her time to illustrate the depth and complexity of her characters in their entirety.”

“Reading Bachelor Girl I played at being a spectator behind the secret scenes of interwar Broadway. An unlikely fan gazing at baby Yankee Stadium. A crossdressing shiner at a Village speakeasy. A secretary pining for my soldier. A lovelorn heiress. Kim Van Alkemade, you’re a conductor. Thanks for this jazz ride.”

“An utterly compelling novel about love’s many dimensions—its curiosities, letdowns and limitations; and its uplift, endurance and vigor. In a sweeping look back to New York City in the Roaring Twenties, Bachelor Girl takes a forward stance against everything that stands in love’s way.”

— Silas Dent Zobal, author of The People of the Broken Neck

“Kim van Alkemade ... delves deeper into the meaning of love. Emotional intimacy sometimes surpasses the latter — in friendships, parent-child relationships and more.... Bachelor Girl explores a different side of sexuality during a time when it was clearly not accepted — even by the people claiming themselves to be anything other than straight. Intertwined with the real history, the novel is a great read that goes beyond the typical premise of romantic relationships between a man and a woman.”

I can join your book club via Skype!
Email me at to learn more.