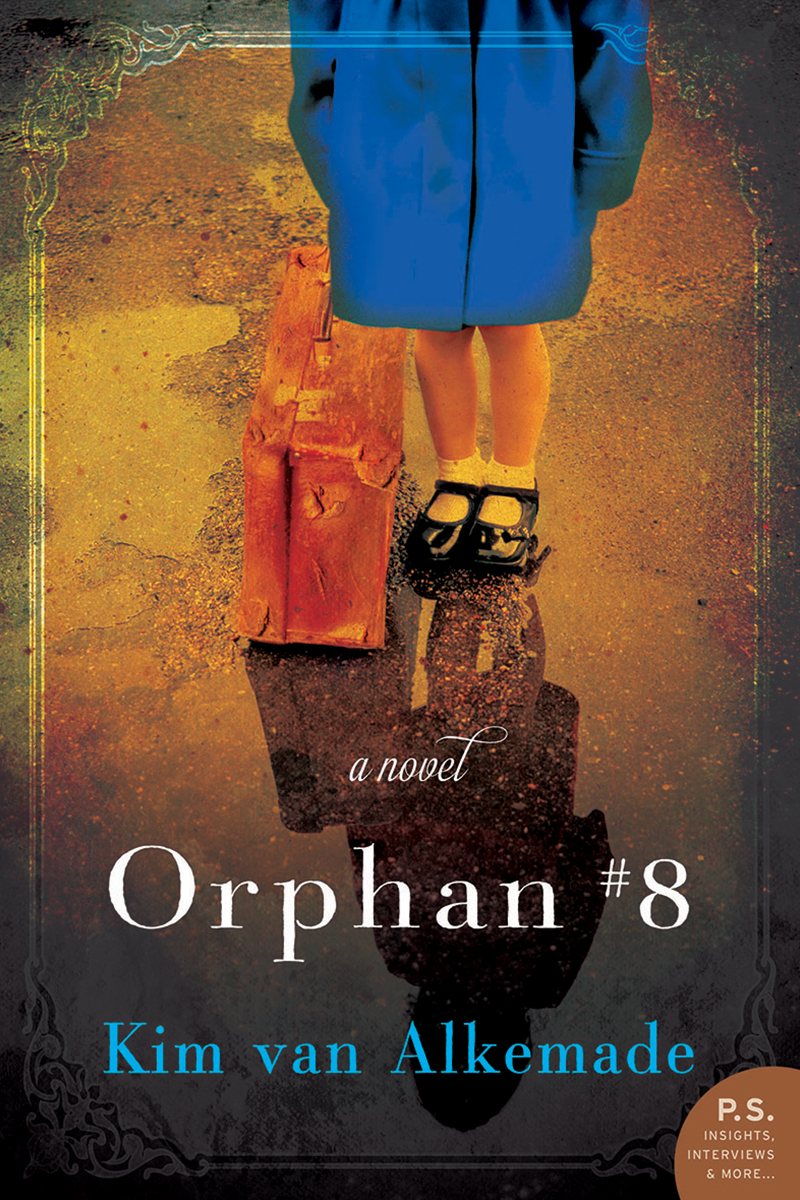 A stunning debut novel in the vein of Sarah Waters’ historical fiction and inspired by true events, Orphan #8 (William Morrow, 2015) tells the fascinating story of a woman who must choose between revenge and mercy when she encounters the doctor who subjected her to dangerous medical experiments in a New York City Jewish orphanage.

In 1919, Rachel Rabinowitz is a vivacious four-year-old living with her family in a crowded tenement on New York City’s Lower Eastside. When tragedy strikes, Rachel is separated from her brother Sam and sent to a Jewish orphanage where Dr. Mildred Solomon is conducting medical research. Subjected to X-ray treatments that leave her disfigured, Rachel suffers years of cruel harassment from the other orphans. But when she turns fifteen, she runs away to Colorado hoping to find the brother she lost and discovers a family she never knew she had.

Though Rachel believes she’s shut out her painful childhood memories, years later she is confronted with her dark past when she becomes a nurse at Manhattan‘s Old Hebrews Home and her patient is none other than the elderly, cancer-stricken Dr. Solomon. Rachel becomes obsessed with making Dr. Solomon acknowledge, and pay for, her wrongdoing. But each passing hour she spends with the old doctor reveal to Rachel the complexities of her own nature. She realizes that a person’s fate—to be one who inflicts harm or one who heals—is not always set in stone.

Lush in historical detail and rich in atmosphere, Orphan #8 is a powerful, affecting novel of the unexpected choices we are compelled to make that can shape our destinies.

This reading group guide for Orphan Girl #8 includes an introduction, discussion questions, ideas for enhancing your book club, and a Q&A with author Kim van Alkemade. The suggested questions are intended to help your reading group find new and interesting angles and topics for your discussion. We hope that these ideas will enrich your conversation and increase your enjoyment of the book.
View Guide

“With rare honesty and emotional courage, Kim van Alkemade tackles some of the largest ethical questions of our time. Yet the sense of moral outrage that permeates this novel is tempered by an understanding that all our paths are a complicated series of missteps. Orphan #8 will leave you breathless, eager to turn each page, until you reach its dramatic and utterly beautiful ending.”

“Kim van Alkemade has moxie. In her provocative novel, family is saturated with betrayal, care is interrupted by ambition and desire, and the past is intimately explored, invoking the abandoned child in all of us. Orphan #8 brims with complicated passions and pitch-perfect historical details. A riveting, memorable debut.”

“Rachel’s moments of courage still feel earned. Her burgeoning feelings for another girl at the home are treated with depth and help the story stand out from others. The premise and lesbian representation make this a solid recommendation for fans of Jodi Picoult and Sarah Waters”

“Even non-aficionados of historical fiction will find much to savor in this remarkable novel. Its themes and artistry will linger in reader memory.”

— Cathy Ritchie for the American Library Associantion's GLBT Round Table

"...van Alkemade succeeds in bringing to light a fascinating and little-known chapter of history—the story is based on real medical experiments performed by a woman doctor in a Jewish orphanage located on Amsterdam Avenue until it was demolished in the 1950s—and she vividly chronicles her heroine’s pain, resilience and capacity to be honest with those who loved her, with those who betrayed her, and ultimately with herself.”

I can join your book club via Skype!
Email me at to learn more.